Huawei recently surpassed Apple to become the world’s second largest smartphone manufacturer behind Samsung. The new flagship Huawei Mate 20 Pro reflects this change in guard with a slew of new tech and features that propel the Mate 20 Pro into one of the most advanced phones you can buy today.

So what makes the Huawei Mate 20 Pro different from all other flagship phones? It’s not just a single feature or new piece of tech that underscores the Mate 20 Pro’s flagship status – instead it’s several.

There’s an in-screen fingerprint scanner, 3D face scanning, reverse wireless charging, three separate cameras on the back, dual-SIM support and super-fast performance all packaged into a slick design with a big battery.

And it’s not just the headline features that set the Mate 20 Pro apart - rapid charging technology, expandable memory and much improved software make the Mate 20 Pro a great pick for business travellers.

The Huawei Mate 20 Pro features a Kirin 980 processor, and in daily use it’s just as fast (if not faster) than the equivalent flagships from Apple and Samsung. Apps load quickly, inputs are lightning fast and the entire interface is very responsive, making it a joy to use.

The new in-screen fingerprint reader means you get more effective screenspace, and when combined with the 3D face-scanning feature, unlocking the phone is quick and effortless.

Frequent travellers will appreciate the dual-SIM capability, which means less fumbling around and greater connectivity when you’re on the move. The dual-SIM slot is also where you’ll find the tray for inserting your expandable memory.

Huawei’s Mate 20 Pro uses a proprietary memory card, dubbed Nano Memory – it’s smaller than a microSD card, and Huawei claims that it intends for it to become an industry standard. That remains to be seen, but in the meantime you can pick up Nano Memory cards ranging from 64GB to 256GB for around $1/GB in Australia.

The screen itself is gorgeous, with rich, vivid colours and a super bright OLED display. I also appreciated the system wide dark-mode, which helps preserve battery life and doesn’t blind your eyes in dark environments like an airplane cabin. 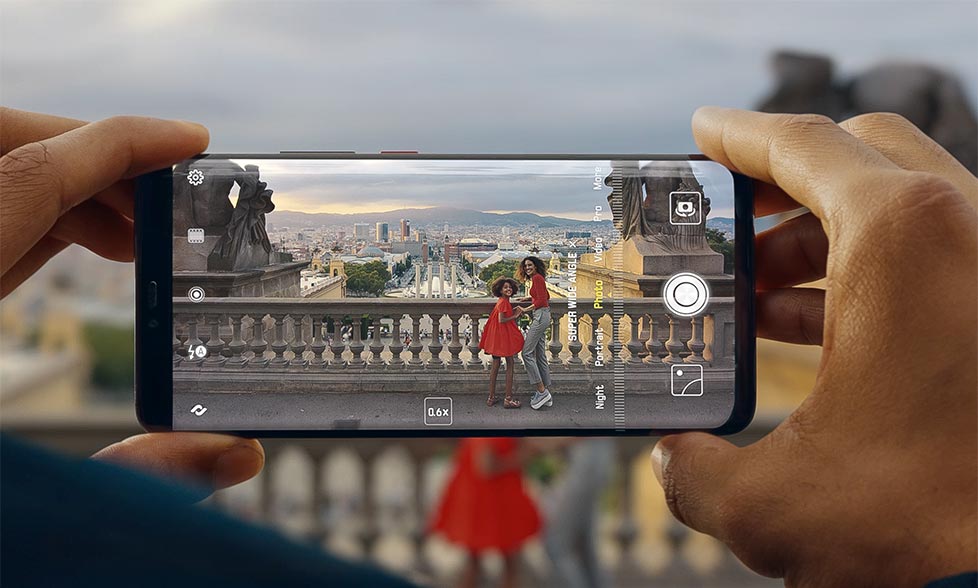 Speaking of battery life, the Huawei Mate 20 Pro has oodles of it – 4,200mAh to be exact. That’s good for a full day of usage, even with some battery-draining activities like streaming and video calls thrown in. Business travellers will love the quick-charging technology, which allows you to take the Mate 20 Pro from dead to 70% battery in just 30 minutes.

Huawei has also added in another feature that I didn’t realise I needed, but now seems like something every phone should have – reverse charging.

The concept is simple enough; your phone has a battery, and you can use that to charge other devices if you need to. On a practical level, that means that you can sacrifice the battery life of your Mate 20 Pro to give juice to your other devices through the Qi wireless charging pad integrated into the back of the phone. 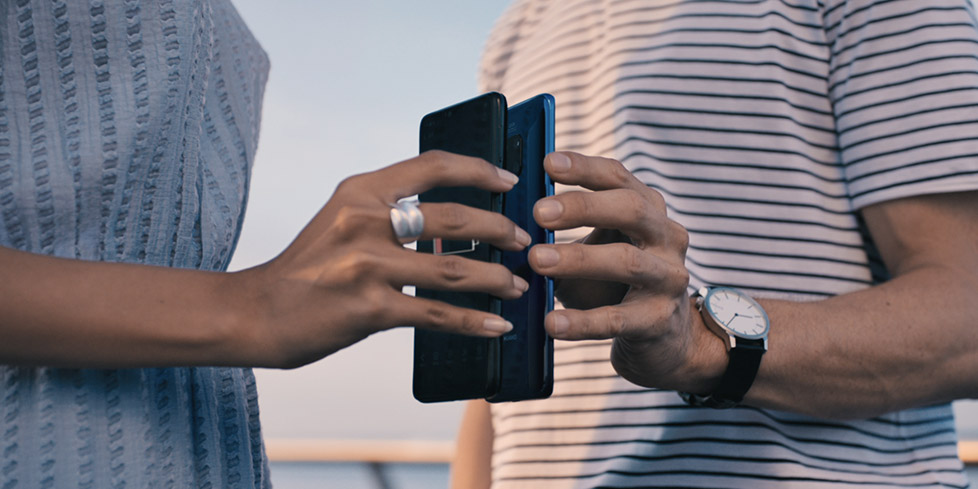 While there isn’t a plethora of Qi-wireless compatible headphones on the market, we’re seeing more and more of these crop up which will be handy considering the Mate 20 Pro doesn’t have a 3.5mm jack.

Huawei’s other showstopper is the array of Leica cameras on the back – three in total – plus the flash arranged in a square on the back of the phone that gives you a variety of choices for taking snaps.

The main camera is 40 megapixels, supported by an 8 megapixel telephoto and a 20 megapixel ultra-wide lens. Combined, they provide stellar performance in capturing a variety of images, from rolling landscapes to candid portraits.

I tested out the three cameras from the same position on a partly cloudy day in Sydney:

Huawei's 40 megapixel camera offers good clarity and resolution...
...while the telephoto lens offers a surprising amount of detail.
The ultra-wide lens allows you to capture an even greater field-of-view

With so many high-tech features, the Huawei Mate 20 Pro is certainly one of the best flagships we’ve tested – my only gripe was with the software itself.

While the EMUI interface that Huawei favours has been much improved from earlier versions we’ve tested, it’s still not as intuitive and well thought-out as those from Apple and Samsung.

And while bloatware is also reduced from previous iterations of Huawei’s flagship phones, it’s still present - and there’s really no excuse for it to be there, considering this is a flagship phone priced north of $1,500.

Aside from this, the Mate 20 Pro is a powerhouse, and I would consider it to be one of the top phones available on the market today for business travellers.

James has been interested in aviation ever since his first flight. When he’s not travelling, he’s still on the road indulging his motoring hobby, or trying a new whisky.

Hi Guest, join in the discussion on Huawei Mate 20 Pro